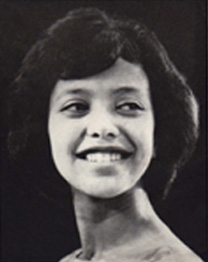 Sandra Reemer was another “Indo girl”. She was born in Bandung, Indonesia as Barbara Alexandra Reemer (“Xandra”). She loved to sing but it was only after the family repatriated to the Netherlands in 1958 that she started to enter song contests. In April 1962, little Sandra appeared on the famous KRO radio show “De Springplank” and was quickly noticed by bandleader talent-scout Frans Kerkhof. He took her to Philips Records for an audition. In the summer of 1962, the twelve year old Sandra shot to stardom with her Dutch version of “Al di la”. Sandra’s extensive e repertoire include “Malayan” songs, and she recorded some favorites which became very popular hits in the Far East in the 60’s. Today, Sandra is better known as a Dutch singer, having represented the country three times (1974, 1976 & 1979) at the Eurovision Song Contest!